The correct procedure for mixing resin determines success or failure in processing the resin. To help you get the best results, we have compiled the 12 best tips on mixing epoxy resin for you in this article.

First of all, when mixing epoxy resin, you should be aware that the resin can have different mixing ratios depending on the manufacturer. In addition to the usual specifications of resin and hardener in a ratio of 1 : 1 or even 2 : 1, the manufacturer’s specifications sometimes also include much more complicated variants such as 100 : 45.

For this reason, you should read the manufacturer’s instructions on the packaging carefully before you start mixing. If you do not follow these instructions, the resin may not work as desired or may not cure in the end. Our epoxy resin calculator will help you determine the optimum mixing ratio.

Tip #2: Mixing by Volume instead of by Weight

Depending on the manufacturer, it is possible that the resin and hardener differ in density. This means that they do not necessarily have the same weight. If the two components are now measured by weight using a scale and mixed in a ratio of 1:1, it is possible that the mixing ratio is actually incorrect because they have different weights. This problem increases the more volume you mix.

Tip: Use a measuring cup to measure the resin and hardener by volume when mixing the components. In this case the density of the corresponding material is irrelevant.

The scale of the measuring cup used should have the smallest usable increments possible to enable accurate measurement. First, put the resin into the measuring cup and wait a short moment. This allows the surface of the material to level out. Then you can add the exact same amount of hardener. Casting resin is a very heat-sensitive material. Therefore you should also keep an eye on the ambient temperature when mixing the resin.

If you use epoxy resin outdoors, you should keep in mind that the curing time can also be considerably longer if the temperature drops during the night. In addition, the dew caused by the temperature differences can negatively influence the quality of the surface of the material.

Tip #4: The Role of Humidity in Processing

Just as sensitive as the resin is to temperatures, the hardener also reacts to contact with air. Therefore, if the humidity in the air is above 65% you should leave the bottle containing the hardener closed. If you do not use the material immediately, the quality will suffer.

This effect also occurs when the bottle is opened and closed again and again, as oxygen enters the bottle each time and reacts with the hardener. For the same reason, the two components, resin and hardener, should only be handled with absolutely clean tools. Only in this way can a reaction within the container be prevented.

Tip: As undesirable side effects can occur at a humidity above 70 %, epoxy resin should not be used in this case.

If the application is to be carried out on a substrate with a moisture content of more than 6 % (e.g. concrete floor), this substrate should be primed in advance.

To ensure that epoxy resin can be processed optimally, it should first be stored for approx. 12 hours at an ambient temperature of 20 to a maximum of 25° C. If this long storage period is not possible, the material can also be brought to the correct temperature by means of a water bath. This step is extremely important for a satisfactory result, as unsightly milky streaks or bubbles can form when casting resin that is too cold is processed. These are very difficult to remove later.

The flow properties are significantly improved by heating the material. As mentioned above, however, higher temperatures also have an influence on the processing time. Basically, you should keep in mind that the processing and curing time is halved for each 10° C increase in the temperature of the mixture.

Tip: Not only the temperature of the synthetic resin, but also that of the surface on which the mixture is to be poured must be taken into account. If this is significantly lower than the temperature of the resin, which is tempered to the point, the curing can be negatively influenced. Temperature and humidity should be kept constant if possible to achieve optimum results. The thorough mixing of the resin and hardener is essential to obtain an attractive, useful result later on. If you do not work carefully enough, there is a risk that incompletely cured, sticky spots may appear in the resin or that the hardness levels within a workpiece may vary.

When mixing the components, note that often a lot of resin sticks to the edge of the mixing container. Since this can affect the mixing ratio, you should not mix very small amounts of resin and hardener in order to have enough material available.

Tip #6: The right Tool for Mixing the Components

The optimal tool for mixing resin and hardener must have straight sides. This will enable you to thoroughly mix even the material that sticks to the bottom and sides of the mixing container. For small quantities of epoxy resin, a flat spatula has proved to be a good choice.

This works similar to a stirring rod. For very small quantities you can use a cheap wooden spatula. Special epoxy resin mixing sticks have the advantage that they can be used several times. They are also designed to prevent too much air from being stirred in. However, these mixing sticks are only advisable for mixing medium quantities of resin.

Tip: If you want to mix a large amount of epoxy resin, you should use a bucket with a spout. In this bucket, the two components can be easily mixed with a drill with a mixer attached.

Tip #7: Only use high-quality Epoxy Resins

When purchasing epoxy resin, it is always worth investing in a high-quality product, even if you are very tempted to fall back on a cheap product. In retrospect, you would regret this purchase, as cheap products are often discolored yellowish or do not cure before processing. So when buying epoxy resin, the following principle applies: If you buy cheap, you buy twice.

Tip #8: Use only compatible Resins

Resin and hardener from the same manufacturer are usually optimally matched to each other. When mixing different products – both from one and from different manufacturers – unexpected chemical reactions such as extreme heat development can occur. Therefore, when working with synthetic resin, you should only use the products from one manufacturer or brand that are intended for each other. 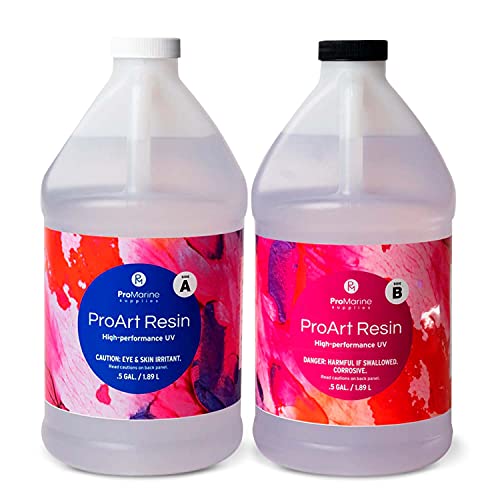 Tip #9: Use only compatible Colorants

Not all colorants are compatible with epoxy or other resins. When coloring epoxy resin, it is therefore extremely important to use only suitable color pastes, coloring agents, and pigments. You can find detailed information about this in our extra article Epoxy resin color. If you change the ratio of resin to hardener arbitrarily, you cannot expect an optimal result. If you add more hardener to the mixture than the manufacturer has recommended, the material is often less hard and robust after curing. If you add too much resin, the surface may become sticky or the material may not cure at all.

As long as the resin is still liquid it should not come into contact with moisture. This could have a negative effect on the quality of the finished product, even in small quantities. Therefore, before mixing, it must be ensured that both the mixing container and the stirrers used are absolutely clean and dry.

Chemical reactions generate heat when mixing epoxy resin. This is due to a so-called exothermic reaction. The extent of this reaction depends on the resin, the quantity mixed, and not least on the height of the mixing container. Therefore, here are a few things to consider.

Our Conclusion on mixing Epoxy Resin

Mixing epoxy resin is much more than just mixing two components. Some factors such as the ambient temperature, humidity or the choice of products have to be considered. As epoxy resin is relatively expensive, the material should not be wasted unnecessarily by careless handling during processing. And last but not least, following our listed points will bring you a lot closer to a perfect result. Currently trending on several social media websites, epoxy resin is a long-time favorite of DIY communities. If you’re new to epoxy resin, you may not be familiar with East Coast resin, a highly rated resin producer. With great reviews and claims of a crystal-clear finish, East Coast resin remains a top contender on the… 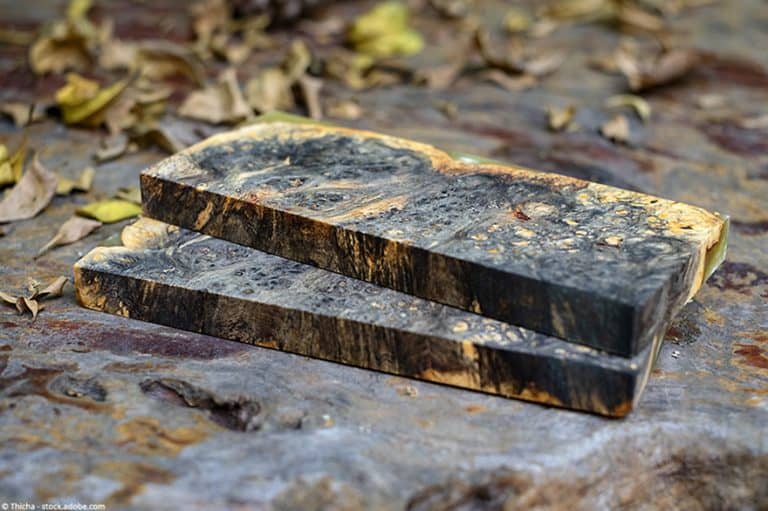 Wood is a raw material that is rather versatile and can be adaptable to various objects such as pens and knives. Wood can also be used to craft furniture and kitchen shelves that we use daily. We need wood, and thus wish to make it last longer. Wood unfortunately, like most materials, tends to… These days, having a second job or side hustle is a pretty common thing. Whether you’re doing door dash or giving Uber a try in your spare time, it’s always nice to have some extra money in your pocket One small business idea that’s really taken off in recent years is the selling of resin… 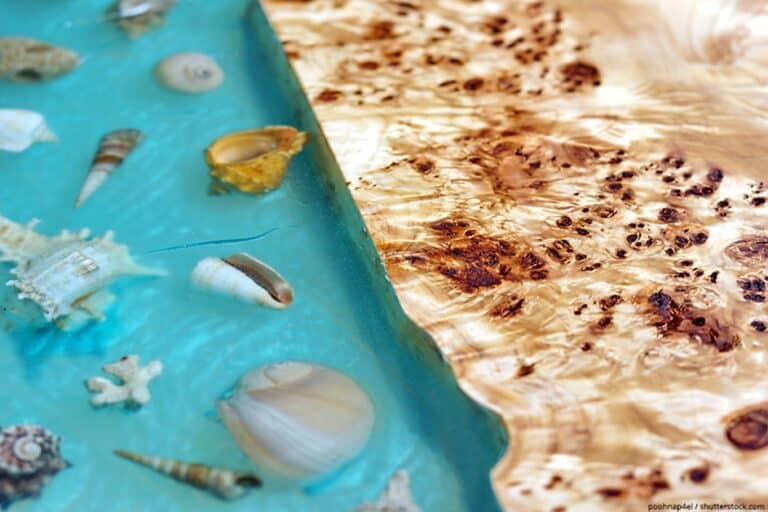 For the hobby and art sector there is a wide variety of different epoxy resin products available today. Their properties may well differ considerably, since cast resins are usually designed with a focus on very specific properties. In this almost impenetrable jungle of choices, we would like to give you the following guide to… Synthetic materials have become such an integral part of our lives that most of us rarely think about them. Although initially, they had a decidedly bad impact on the environment, we have since adopted more eco-friendly production methods improving their sustainability and toxicity levels. Silicone is one of many such materials, and its uses… We've created your Go-To Guide to start working with Epoxy Resin. Learn to create fascinating Resin Arts and Crafts within minutes. All the tips and tricks that nobody tells you when you start. Including several detailed tutorials for your first projects.

Start your journey with Epoxy Resin the most efficient way and create stunning Resin pieces.

You have Successfully Subscribed!